Official websites use .gov
A .gov website belongs to an official government organization in the United States.

Satellite Liaisons between SPG & other TBPG 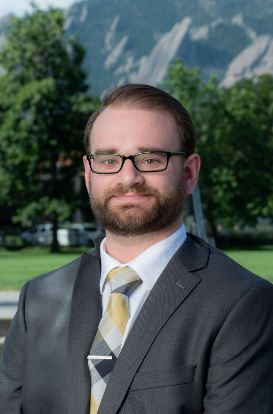 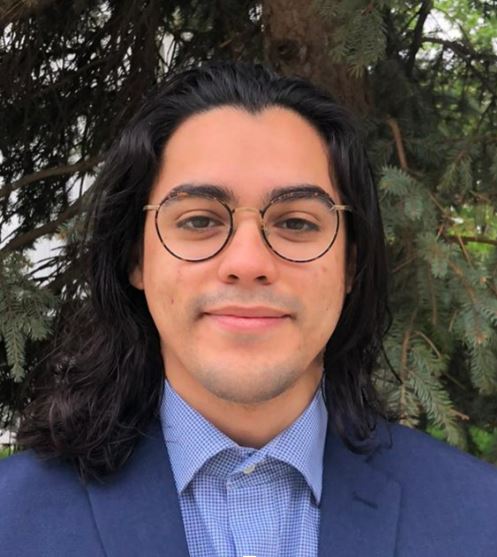 Kevin Thiel is the Satellite Liaison for NOAA’s Hazardous Weather Testbed (HWT) and the Storm Prediction Center (SPC) in Norman, Oklahoma. His primary roles are to lead the HWT’s Satellite Proving Ground Experiment every year and work with other scientists to transfer useful satellite-based products into SPC operations. He assumed the position in 2021, after realizing his ongoing PhD research on forecast applications of the GOES-R Geostationary Lightning Mapper could be applied at the SPC. Serving in an operationally-impactful position while pursuing a PhD in Meteorology at the University of Oklahoma has been mutually beneficial for both the SPC and Kevin.

The HWT SPG experiment brings together NWS forecasters and satellite product developers to test new and emerging tools for severe weather warnings and decision support services. Kevin coordinates between the forecasters, product developers, and visiting scientists to maximize the quality of feedback given to developers. After the testbed experiment, Kevin consolidates the forecaster’s assessments into recommendations related to product quality, training needs, and implementation. These recommendations are then shared across the GOES-R and JPSS programs and to key stakeholders including the National Weather Service.  Kevin is also working outside of the testbed, to increase the effectiveness of satellite data in SPC operations. He is exploring the use of RGB (red-green-blue, false color) imagery at night, and plans to run an in-office testbed in the SPC this year using the Nighttime Microphysics RGB. Kevin’s work and its impact is facilitated by initiatives like the in-office testbeds and satellite user surveys developed in collaboration with SPG members across NCEP.

Fig. 1. Image from the 2021 virtual HWT Satellite Proving Ground (left) and an image from a presentation Kevin gave on the experiment to the NWS TOWR-S satellite book club.

Dr. T. Connor Nelson is a Research Scientist at the Cooperative Institute for Research in the Atmosphere at Colorado State University, where he has served as the Satellite Liaison at the Operations Proving Ground (OPG) in Kansas City, Missouri, since January 2021. He chose to pursue a career as a Satellite Liaison to better understand atmospheric convection and observational analysis, specifically focusing on how the fusion of both can be used to improve weather forecasting. Prior to his role at the OPG, Connor was a postdoctoral associate at the University of Colorado–Boulder, where he studied/researched idealized modeling and mesoanalysis of near-storm environments during convective initiation. He completed his Ph.D. at SUNY Albany in 2019, where he participated in field campaigns focusing on deep convection in hurricanes and conducted dropsonde instrumentation development.

Over the last year, the OPG has conducted numerous evaluations, many of which rely on aspects of SPG efforts. One recent evaluation was the Center Weather Service Unit (CWSU) Cloud AWIPS and Collaboration Evaluation. During this evaluation, participants focused on archived convective events and made their routine convective forecasts and IDSS related forecasts for core partners (Fig. 2). The participants indicated that METAR, radar, and satellite data were the most important in convective operations and during the evaluation.The most-used satellite imagery includes visible, infrared, nighttime microphysics, Geostationary Lightning Mapper (GLM), Day Cloud Phase, water vapor, and Day Cloud/Fog. They also noted that satellite imagery was primarily used for situational awareness, pre-convective initiation mesoanalysis, and when models did not initialize well. However, the evaluation also found a need for documenting best practices and strategies for using satellite imagery for convective operations, especially given the plethora of available satellite products but lack of time to synthesize them in operations. 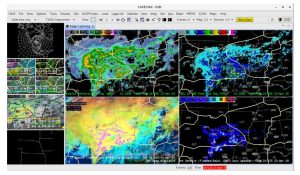 Based upon this information and findings from other experiments, the OPG is planning a satellite-based research project to aid forecasters in the synthesis of observational data, expedite the mesoanalysis process, and apply newer satellite-based products in real-time. The project, led by Connor, will allow forecasters to gain additional experience using satellite data for mesoanalysis using a relatively new, cloud-based GIS architecture (Fig. 3).

Connor will also evaluate the utility of satellite-based probabilistic information for DSS and help in the development of a ‘Satellite Playbook’ for operations. This project may also serve as a nexus between other test beds, proving grounds, and training centers, as it will allow for subsequent testing of products that are in later-stage development. In a second project, Connor is using data collected from previous experiments to assess the utility of different satellite data, and ascertain relevant signals in the imagery, that might inform forecasters on the likelihood of severe weather in the hours leading up to the event (Fig. 4).

Fig. 4. Breakdown of the normalized (a) R, (b) G, and (c) B components of the GOES-16 Day Cloud Phase RGB within participant indicated areas of concern as a function of time relative to the first instance of a severe report (vertical dashed line) for each day during the 2021 Real-Time Severe Convective Experiment. Positive time indicates it is after the first severe report, negative means before. Shading in panels a–c are the kernel density estimate, and the solid lines are the mean as a function of time. Panel d shows the mean and interquartile range (IQR) as a function of time and the dots above show the mean color within the area of concern.

Javier Villegas Bravo is the Satellite Liaison to the  Ocean and Weather Prediction Centers (OPC, WPC). There, he focuses on sourcing and developing satellite derived datasets to improve knowledge on forecast challenges related to flash flooding, intense rainfall, ocean winds, ocean visibility, and ocean wave height. In May of 2020, the US National Ice Center (USNIC) joined OPC so the position has gained a new focus on snow and ice products.

Javier got his B.S. (2018) and M.S. (2021) in Atmospheric Science at the University of Illinois at Urbana-Champaign (UIUC). During his M.S. he wrote and verified the cloud masking code for the NASA Multi-Angle Imager for Aerosols (MAIA) satellite, a successor to Terra-MISR. Through a connection at UIUC, he heard and applied for the Satellite Liaison position where he is now able to apply and build his skills toward operational weather forecasting.

The OPC and WPC Satellite Liaison position focuses  on enhancing the forecasting missions of their centers by creating communication loops among product developers, IT, center developers and forecasters with respect to satellite data. This loop involves seeking out and developing new products, integrating them into their systems, training the users, and providing feedback to the developers. He presented some of his work at the recent SPG meeting. At WPC, burn scarring from wildfires is a huge topic of interest since the ash left creates a hydrophobic layer that makes the area more vulnerable to flooding and debris flow. In response Javier is developing a daily burn scar extent and severity mask using observations from NOAA-20 Visible Infrared Imaging Radiometer Suite (VIIRS) and Sentinel-1 synthetic aperture radar (SAR). At OPC he’s working on two projects. LightningCast, developed at UW-CIMSS, is a machine learning product that maps GOES ABI imagery to GLM flash extent density out to one hour. This can help address the lack of radar observations out at sea necessary to help warn mariners of intense convection in real time.

The second project is the integration of SAR ocean winds at 500m resolution. OPC warns on winds for different hazards and having observations is necessary to confirm them. SAR winds offer up additional coverage in time and space and show mesoscale features that cannot be seen on traditional 12.5km scatterometer wind fields. Finally, Javier has been working with the USNIC chief scientist to socialize GOES-R ice products with their analysts. These products, despite having poor resolution near the poles, would serve to fill the gap between polar satellite passes for Impact-Based Decision Support Services (IDSS), which is a key function of the USNIC.